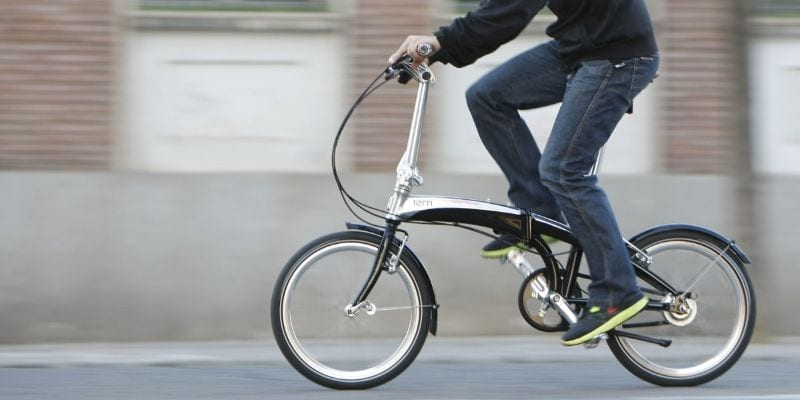 Bicycle commuting is a famous form of commuting around the world. Aside from being inexpensive, it also becomes a great physical exercise. It is considered to be a greener and healthier alternative to driving. However, after the commute, the bike becomes a huge clunky mess to park, and the risk of it getting stolen is high. The folding bike solves the problems of most bicycle commuters.

What is Folding Bike?

A folding bike, or folding bicycle, is a bicycle with a frame designed to be collapsed in use and to be folded into a compact form for storage. Its actual origins are vague, but the earliest and credibly documented patent design of a folding bike was on 1888. As in the patent, the folding bike was to be folded when not in use, to reduce its storage footprint and facilitate transport.

This philosophy of folding bicycles fits very well with commuters, who need to bring their bikes inside trains and buses. The convenience of their storage-friendly sizes brings portability to bicycles, saving space and making it easier to bring anywhere. Most buildings will even let you bring your folders inside!

The folding bike community is a pretty niche one, but that doesn’t mean that there are lots of great choices out there in the market. To help you look for the one you want, here are the 9 most popular folding bike brands and how they fare well in usage!

The company Dahon Bikes has been the leading manufacturer of folding bikes around the world. The Dahon Mariner D8 leads their line of excellent folders. As Dahon’s best-seller, the Mariner D8 offers a package that most people will be more than happy with: a great ride, smooth shifting among gears, and a quick and easy folding mechanism. It even comes with fenders and a rack that you will actually like. Probably one of the greatest things this bike has going for it is that it costs quite reasonably commuter-friendly for the experience that you will gain.

If you are hesitant in shelling out a large amount of cash for a folding bike, the Schwinn Loop might keep you in the folding bicycle loop at an affordable price point. The bike has a sturdy structure with an attractive design that will easily last for years.

However, with a very low price, you will be compromising weight, inconvenient folding mechanism, and some cheap components. But looking at the heap of folders with the same price, you’d be hard-pressed to see a bike of the same caliber. It’s a great entry-level folding bike, for the economical newbies.

As a break from commuter-centric options above, the Montague Paratrooper Pro is a folding mountain bike that definitely looks the part. As its name suggests, it is a folding bicycle of military caliber and is probably not the best choice as your commuting bike.

However, it excels in off-road travels; it has a strong braking system and suspension system that can be turned on or off. Its Folding Integrated Technology also enables you to fold the bike easily in a matter of seconds without giving up frame strength (but the front wheel does break away). With 27 speeds, faster tires, and adjustable seats, this is a mountain bike you can easily bring everywhere.

The Hasa F3 Sram 6-Speed folding bike is another value option. It has a mix of accessories from both name brands and cheap ones, but it is still a very well-built folding bicycle. The riding experience is also slightly better than those bikes of similar prices, with a comfortable seat and a good drivetrain.

The sturdy frame even lifts the folding bike feel away while staying on the lighter side. Its folding mechanism is not as great as that of others, and some parts, like the pedals and gears, need adjustment. But for the price that you’re getting this, it’s an excellent bargain.

As a commuter bike, the Critical Cycles Judd does a great job with just a single speed. Take note, though, that this is not a full-size adult bike, and if you are anywhere shorter than 5’6″, you’re good to go with this bike.

However, if you are taller than this, you can personally check the bike and see if you can find a comfortable height with it since the bike’s height is also adjustable. It folds in three easy steps, too, but there’s no manual to help you. Don’t worry, the process is mostly intuitive; for a hint, the bike folds its pedals, handlebar, and top-tube.

The EuroMini ZiZZO Campo tips the weighing scale at 28 pounds as per their manufacturing information says, and it shows. It is lightweight, but despite being so, it feels solid and secure. It even folds to a compact size.

The stem and seat post are also adjustable, catering to every under-5-footers and even 6-footers. Out of the box, you only need to attach the pedal and adjust it to your preferences and you can speed around the neighborhood. It has genuine Shimano components that let you change among 7 speeds.

The Stowabike 20″ Folding City seems to test how cheap a folding bike can get, with this being the cheapest in the bunch. If you really are low on budget, you can’t look past this folding bike for anything cheaper. Given, this one is heavy and bulky, but it still gives you a nice, good ride with its 6-speed configuration.

One of the great things this bike has going for itself is that it’s equipped with essential accessories like the kickstand, mudguards and a rear rack by default. It doesn’t perform well, compared to others on this list. Then again, you’re getting what you paid for, and for the price, it’s a great bargain.

The Vilano Urbana’s minimalist design seems to show that there isn’t much going on with the bike. But don’t let that fool you, because this 21.5lb-bike delivers the same great performance you can expect from most single-speed folding bikes, and it also has coaster brakes.

It has great mobility because its design makes for a less bulky package, especially when folded. With its price, you should keep your expectations relatively low, because if you do, this folding bike delivers quite well.

With larger wheels than most folding bikes, the Columba 26″ Folding Bike ensures you a comfortable ride through and through; there’s even a zoom tracker 327v suspension within the entrance and an alloy frame spring suspension at the back.

It feels extremely sturdy and the ride is akin to a mountain bike, as bikers note, thanks to its wheels. It’s not the most lightweight among the bunch, but you can easily fold this bike, although it has no locking mechanism. Its lower-end price certainly doesn’t show on this bike.

Things to buy with your Folding Bike

Folding bikes are one thing to have, but the experience of it requires more than the bicycle itself. There are a whole lot of accessories that you can have to augment your life with the folder, perhaps even a necessity.

Bike helmets are perhaps one of the mandatory equipment for all bikers, whether you use a folding bike or not. It serves as a protection to your head, and wearing it can quickly become a matter of life and death in the face of an accident within seconds. Its market is bustling with choices, so you’ll find the perfect helmet for your everyday commute or off-road escapade. There are even Bluetooth helmets so that you can use your phone conveniently while on the ride, and foldable ones so that you can also safely tuck your helmet inside any bag.

Bicycle locks become less of a problem if you have a folding bike; their portability allows you to bring them virtually anywhere. But in the instance that you need to leave the bike in the wide-open, having a lock-in hand will help. U-locks and folding locks are common choices. A good rule of thumb is to try not to use cable locks, at the very least not without another more secure one.

Most folding bike manufacturers offer racks that are compatible with their products, so it would be in your best interests to buy them together with the bike. Dahon sells accessories that complement their bikes. There are also some third-party manufacturers that produce racks

The convenience of a folding bike multiplies because most of them can be stored in a bag. Notable ones are Dahon, Tern, and Brompton. Having a folding bike bag keeps your bicycle under wraps when you’re out and about; they can let privy eyes away and make their transport a lot easier. You can also have rear baggage compatible to the rear of your bikes.

Every piece that adds dimension to the bike are maximized, thus their pedals are either folded or removed. The best kind of pedal comparatively is the removable pedal, since they can be easily taken to shave a few centimeters off from the folded form. However, the caveat is that it makes the pedal fussy to assemble. Folding pedals are convenient in that you can simply fold them away, but you exchange that with its stability.

The folding bike is a bike truly made out of necessity. They fit in really well with those who commute to their work or school, especially mixed-mode transport riders. Sure, these bikes cost well more than general bikes, but you get what you need the most: convenience and portability. This has greatly simplified and bettered the lives of those who have used them.

The niche is not a big one, but if you, at the very least, commute frequently, then you might consider having a folding bike. It might just change your life. You can also check out these GPS watches; when you’re out and about riding your folder, it helps to know far you’ve gone and how long you still have to travel. 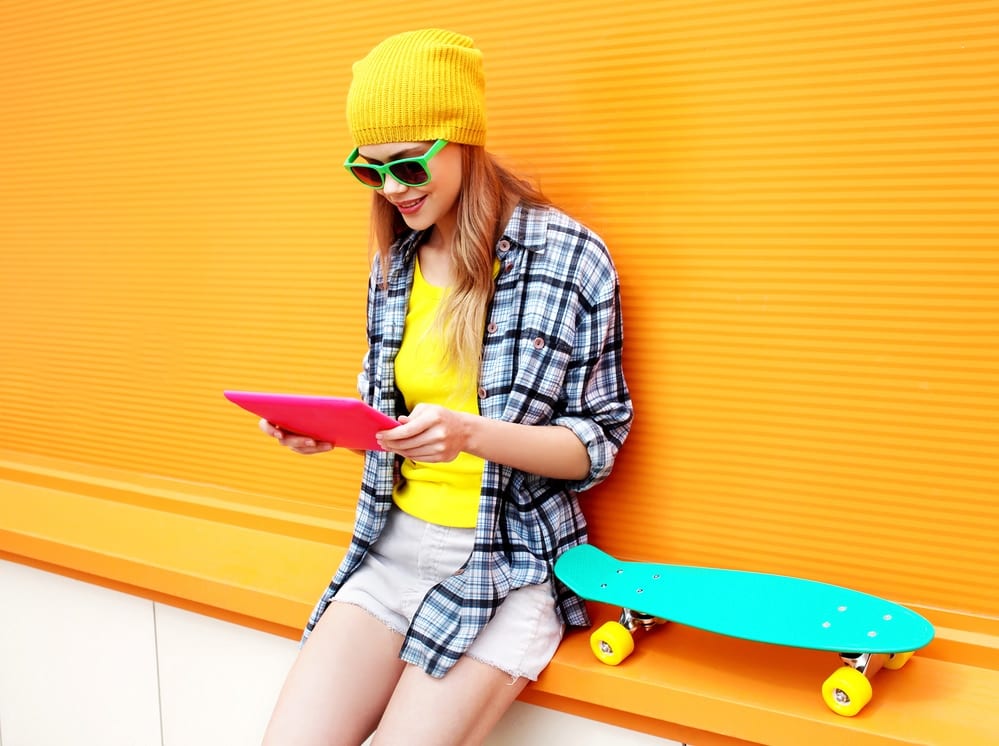 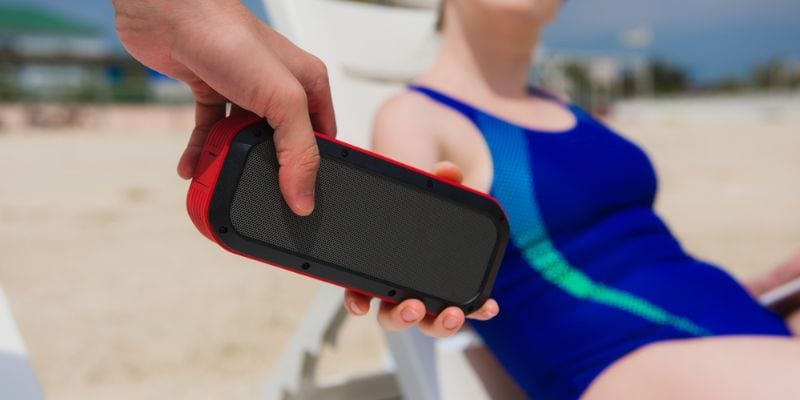 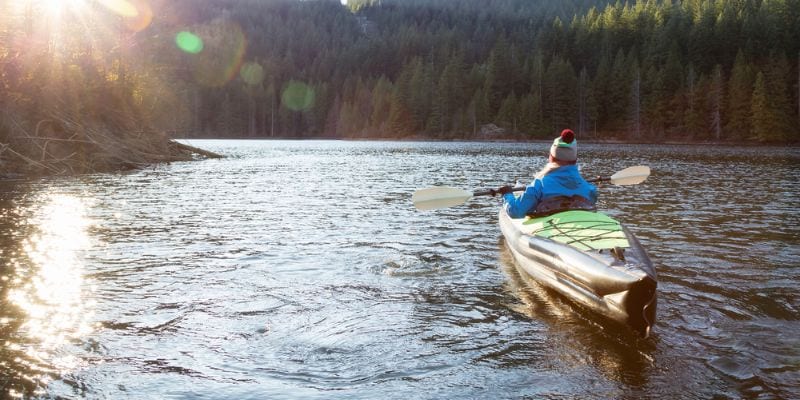 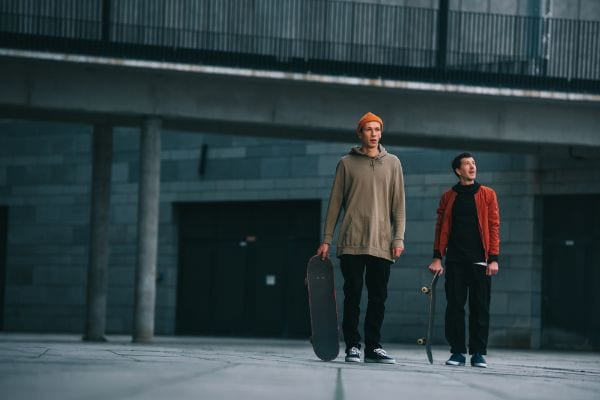